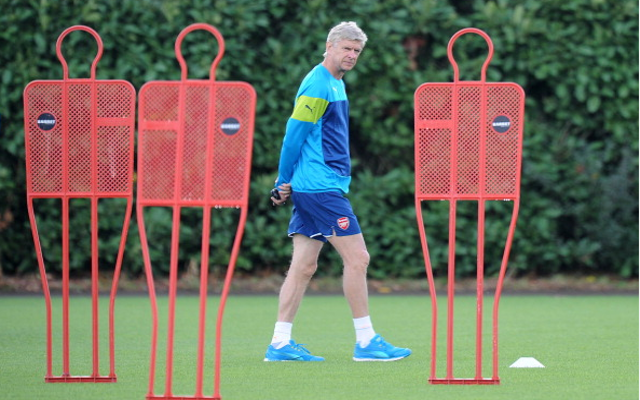 The signing who could greatly aid Emirates Stadium side’s push for major honours.

Ask any unhappy Arsenal fan, there’s a lot of them right now, what area of Arsene Wenger’s squad is in most desperate need of investment and it’s likely a strong tackling midfielder is a good place to start.

The Gunners are perhaps overly-blessed with creative midfield types and at present the likes of Mikel Arteta and Mathieu Flamini are used as holding and defensive midfield options, neither of whom are arguably up for the job.

A day barely goes by without Arsenal being linked with a relevant target to resolve this ‘problem area’ but still Wenger persists but come January he may finally give in and bring in a worthy addition, though some supporters of the north London club may fear Abou Diaby strings two or three games together without his legs exploding and therefore giving the French manager the impression he needs not spend a penny.

The player who fits the bill best would be Southampton’s Morgan Schneiderlin, available for around £25m, a player with proven Premier League ability and in a far better run of form than oft cited target Sami Khedira and with more top level experience than youngster William Carvalho.

St Mary’s boss Ronald Koeman did a wonderful job keeping hold of the 24 year old French international having lost a host of players over the summer.

Rather than sulking over his lack of a move to a ‘big club’, with the former Strasbourg openly admitting he had been looking to follow his former team-mates to a Saints exit, Schneiderlin knuckled down and has been in superb form.

Schneiderlin is a strong tackler and has a great engine but has also improved this season with regards to his effectiveness in the final third, weighing in with more Premier League goals this season than the entire previous campaign.

A more rounded talent and the ideal solution to Arsenal’s problem area.