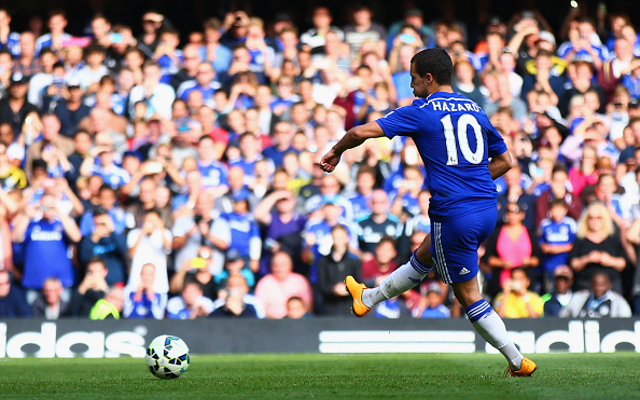 Eden Hazard slotted home from the penalty spot, deservedly adding his name to the list of Chelsea goalscorers in their Champions League match with Maribor.

Marko Suler had his hands on Branislav Ivanovic, who went down elaborately, but the penalty was given. Hazard didn’t even look up at the keeper, instead just picking his spot and sliding the ball into the net.