Back in February 2005, Arsenal manager Arsene Wenger was lambasted for failing to name a single English player in his 16-man squad for a Premier League game against Crystal Palace.

The Gunners won the match 5-1, with the goals coming from a Dutchmen, two Frenchman and a Spaniard.

Despite Arsenal’s brilliance back then, the ultra-cosmopolitan set-up in North London was a cause for concern in the eyes of many fans of English football.

Fast-forward almost 10 years and much has changed at the Gunners.

Theo Walcott will become Englishman number six when he returns from injury, while Welshman Aaron Ramsey is also a key member of Wenger’s plans these days.

Arsenal now have such a strong core of British stars that they could actually, with everyone fit and available, name a very competitive Premier League team using UK-born players only.

Don’t believe us? Check this out… 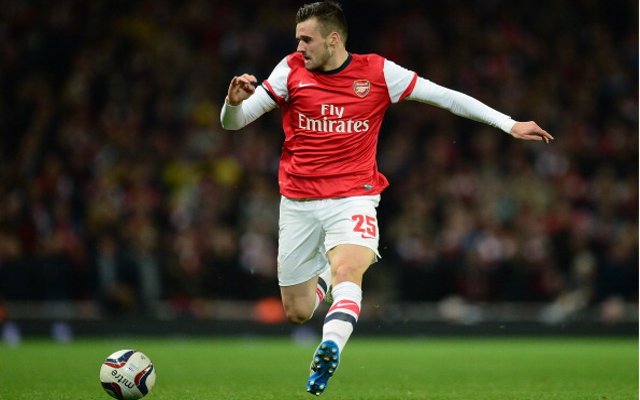