Five players Manchester United would do better to look at…

Recent reports in the Daily Star claimed that Manchester United are planning a £20m move to bring Barcelona defender Gerard Pique back to Old Trafford, with the 27-year-old having moved to the Nou Camp in 2008. 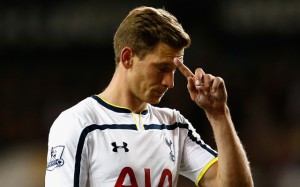 Jan Vertonghen is being wasted at White Hart Lane, where he is struggling to secure first team football, and has cut a frustrated figure from some time. Given the Belgian is currently out of favour, Spurs could be tempted to sell if they receive a respectable offer. A move could give the versatile defender a new lease of life.