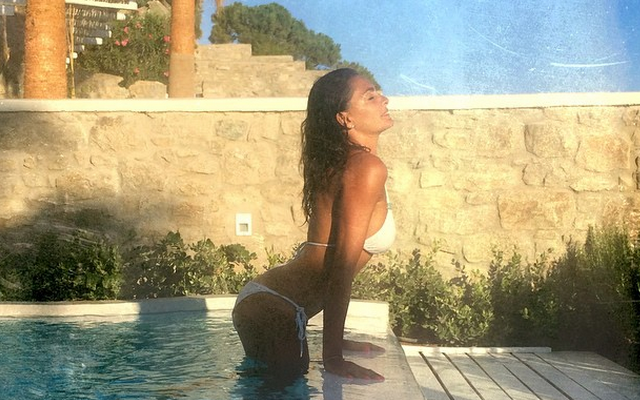 You know those annoying people who have to tell you that they go to the gym and do so via the medium on social media?

Well, Jessica Pires, who is the wife of former Arsenal invincible Robert Pires, is one of those infuriating individuals.

Jessica took to Instagram to boast of her gym trip on Wednesday.

She’s not even working out though, just sitting down among a sea of weights!

However, to be fair to her, she clearly does work out, because she is incredibly fit…

A photo posted by Jessica Pires Lifestyle (@jessicapiresofficial) on Oct 10, 2014 at 4:13am PDT