Mexico’s leading sports newspaper – ‘Record’ – has not been too kind to new Chivas manager Chepo de la Torre in the wake of last night’s 5-0 demolition by Santos Laguna in the Copa MX.

It doesn’t take a genius to translate the headline, “Miseria” (misery).

Since returned to his old club, Chepo has lost his first two games 2-1 (against Leon in the Liga MX on Saturday) and 5-0. Most supporters agree the 2-1 loss flattered Chivas, and the team is playing worse then ever.

The spectre of relegation looms closer. 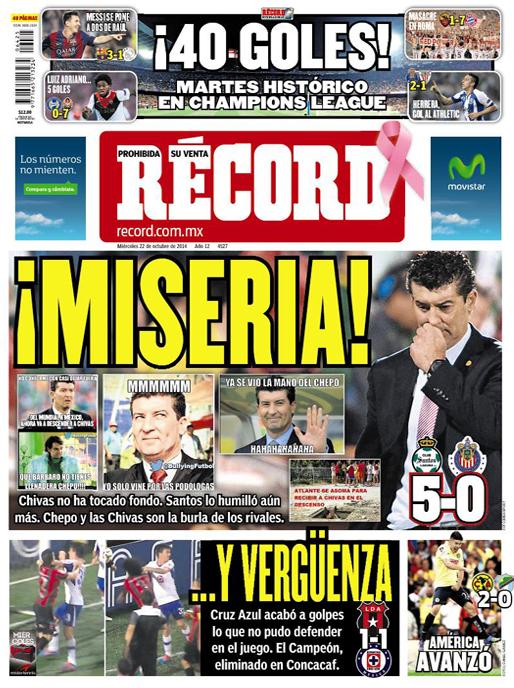