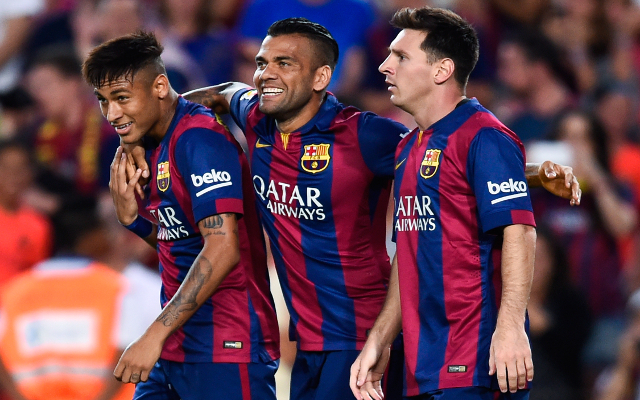 Man United are reportedly ‘locked in’ negotiations with Barcelona right-back Dani Alves with the Brazilian set to leave the Nou Camp according to the Daily Express.

The 31 year old’s contract expires next summer and by all accounts boss Luis Enrique has made it clear he does not intend to renew the right-back’s deal, leaving the player open to talk to interested parties in January ahead of a free transfer move at the end of the season.

Louis van Gaal is known to be keen on the experienced wide-man and no doubt sees Alves as a big improvement on his current options in the role, being inconsistent Rafael and relatively average Chris Smalling.

Chelsea boss Jose Mourinho is also said to be tracking Alves but is yet to enter talks with the former Sevilla man.

Man United spent £150m on new additions over the summer so the chance to bring in a player of Alves’s obvious abilities on a free transfer would certainly be a cost effective option the Old Trafford side would welcome.