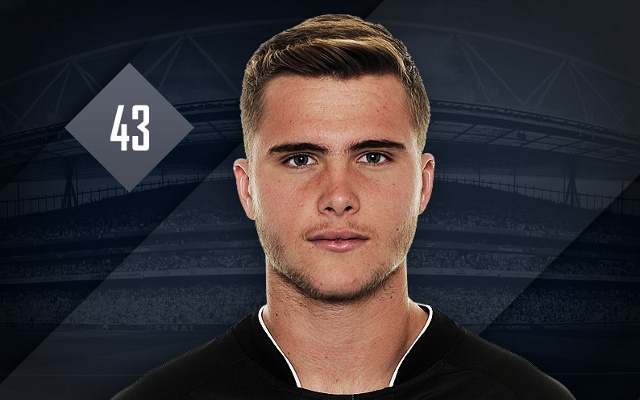 Arsenal are facing something of an injury crisis at the moment, with a severe lack of goalkeeping options in particular.

With Wojciech Szczesny suspended and David Ospina injured, 21-year-old Damien Martinez will make the trip to Belgium to face Anderlecht. It’s the bench that is slightly more interesting however, with young Ryan Huddart a possibility to make his first appearance for the senior side if Martinez picks up an injury or a red-card!

Here are seven things you need to know about Arsenal’s deputy net protector:

He cites Arsenal goalkeeping legend Jens Lehman as his idol, and has even had the chance to train with him during his time at the club.

Huddart signed from Charlton Athletic when he was just 15.

The youngster has shaken off competition from Josh Vickers, Deyan Iliev and Matt Macey to make the bench against Anderlecht.

He only went pro in March of this year, but he has already become a regular in the Arsenal Under-21s. He looks set for a meteoric rise to fame with the North London club if the hype around him is to be believed.

If Damien Martinez is injured or sent off before or during the match then Huddart could become the youngest ever goalkeeper to appear in the Champions League.

The shot-stopper was a regular with the Under-18s last season before making the step up to the Under-21s this campaign. He has also appeared in both of Arsenal’s UEFA Youth League matches, keeping a clean sheet in one of them.