We look at three alternative systems that could be the answer to Tottenham’s tactical troubles.

Tottenham Hotspur’s underwhelming start to the season continued on Saturday afternoon with a 4-1 thrashing at Manchester City.

Head coach Mauricio Pochettino, who was recruited from Southampton this summer, has been very stubborn when it comes to Tottenham’s tactics.

He is reluctant to move away from the 4-2-3-1 formation, which seems to have replaced 4-4-2 as the world’s favourite system over the last decade.

It may be the most popular formation on the planet, but is it right for Spurs?

Here, we look at the alternatives…

Reverting back to this classic formation would really help Roberto Soldado, who needs a strike partner to thrive in England.

Furthermore, in Aaron Lennon and Andros Townsend, Spurs have a pair of out-and-out wingers, for whom 4-4-2 would be perfect. 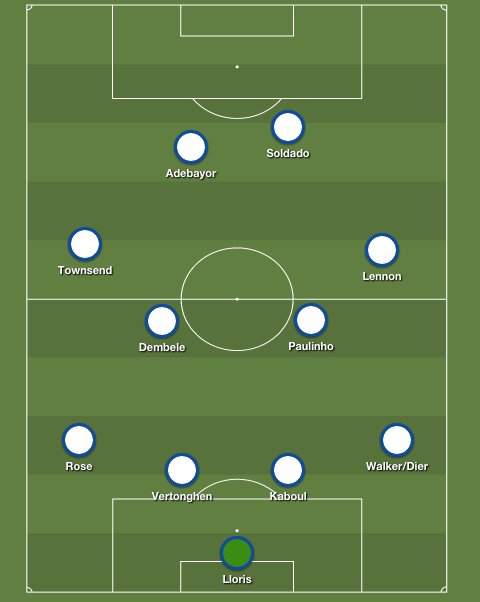