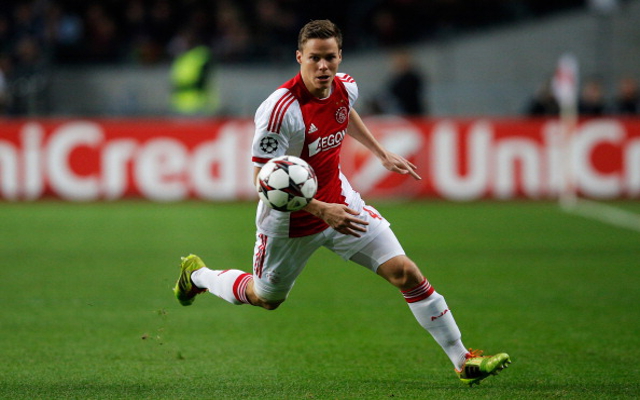 White Hart Lane side plan yet another Amsterdam raid.

Tottenham are lining up another Ajax raid as White Hart Lane boss Mauricio Pochettino sets his sights on Finnish defender Niklas Moisander according to talkSPORT.

The 29 year old’s contract expires next summer and as such his Eredivisie employers may elect to cash in on the centre-back in January in preference to losing the player on a free transfer at the end of the season.

The experienced battler won the Eredivisie title with AZ before moving to Ajax in 2012 and has been a regular at the Amsterdam side this season but is ready to leave and could be tempted by a move to the Premier League.

Pochettino may feel his defence could do with shoring up having seen Spurs ship four goals at the Etihad Stadium on the weekend, Sergio Aguero grabbing all Man City’s goals in a 4-1 win, and one imagines Tottenham can pick up Moisander ‘on the cheap’.

Tottenham have signed Christian Eriksen and Jan Vertonghen from the Dutch giants in recent seasons.