This is actually pretty ridiculous…

Liverpool striker Mario Balotelli has had more dubious haircuts than goals this season, as shown in this picture.

The Italian signed for the Reds in the summer for £16 million and has since been a flop on his return to the Premier League.

His record of one goal in 10 appearances across all competitions is pretty dreadful considering his reputation. 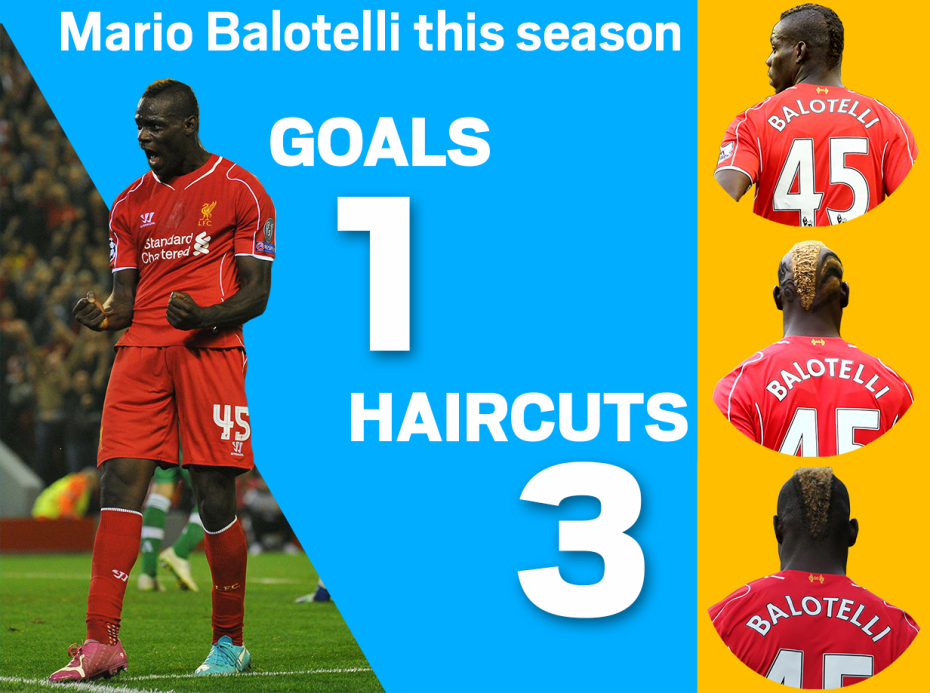