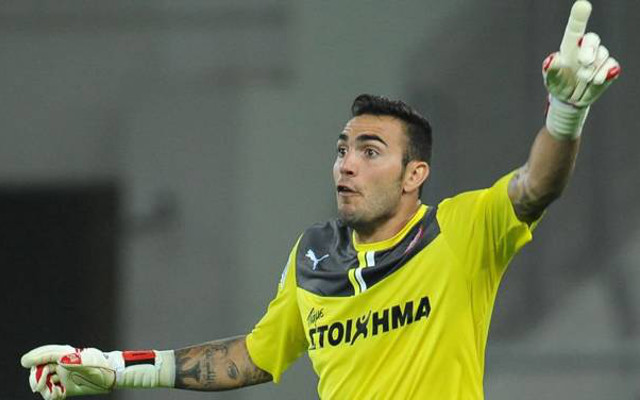 Goalkeeper Roberto Jimenez was the star of the show as Olympiakos earned a 1-0 win over Juventus in the Champions League on Wednesday night.

Jimenez made five saves to secure a clean sheet against a side who had scored in 11 of their previous 12 games in all competitions.

After the match, a funny fan created the below cartoon, which was then shared by the man himself.

We must stress that this is just a joke and that carrying a picture of Jimenez will NOT protect you against sexually transmitted diseases, nor is it a valid form of contraception.

Im sorry, but i have to tweet this picture.. Made me laugh for 1 hour… Hahaha thanks!! pic.twitter.com/1TM1y6ZrDd