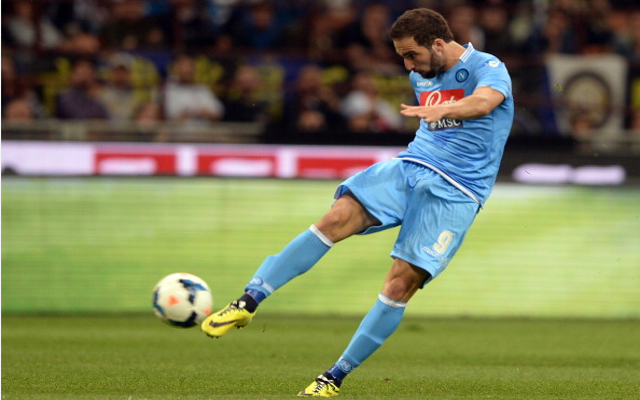 Reds desperate to bring more firepower to Anfield as Balotelli continues to struggle.

Liverpool are said to be closing in on the signature of want away Napoli striker Gonzalo Higuain after putting a £31.2m offer for his services on the table, according to the Metro.

Higuain has been heavily linked with a move to the Premier League ever since the summer transfer window opened, as speculation grew that he was unhappy in Italy.

A move failed to materialise, but reports are now suggesting that the Reds are leading the charge to snap him up after making the Serie A side a generous £31.2m offer for him – a fee that they believe will give them the edge over the Gunners.

Brendan Rodgers is in desperate need of a quality centre forward in January with Mario Balotelli continuing to flop and Daniel Sturridge being racked with injury problems.

Higuain, however, has also had a difficult start to the season, and has struggled to get out of second gear at the winter break fast approaches.