Following Manchester United’s 2-2 draw with West Bromwich Albion earlier this week, full-back and new signing Luke Shaw, spoke to reporters about his continuing belief that the Old Trafford were yet to see him play at his best.

Of course, he’s not the only summer signing struggling to adapt to life with their new Premier League club. Here are CaughtOffside’s top ten: 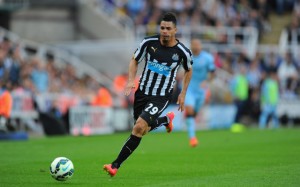 Yet to find the net in a Premier League fixture since his £6m move from Monaco, although did at least score twice against Crystal Palace in the League Cup. Doesn’t look the answer to Alan Pardew’s problems at Newcastle.