The MLS isn’t known for developing world class players – instead, they bring them in from the big leagues around the world.

Where do the MLS find their goal scorers?

Check out the below infographic for some cool stats – Tottenham even get their own section on the pie chart!

It seems if you need a goalscorer you look to Europe or Latin America. Not much surprise there then…

On the flipside, the home-grown player section is worryingly small. 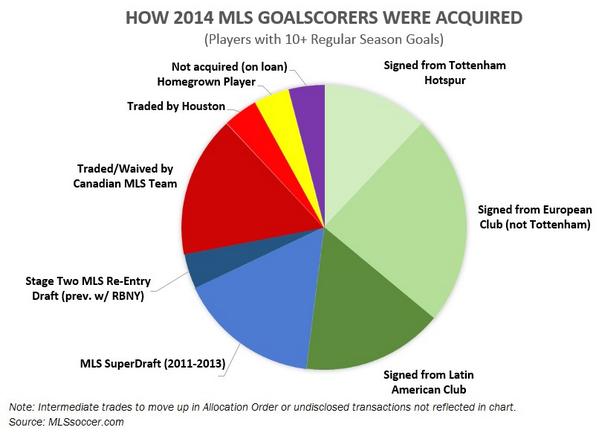