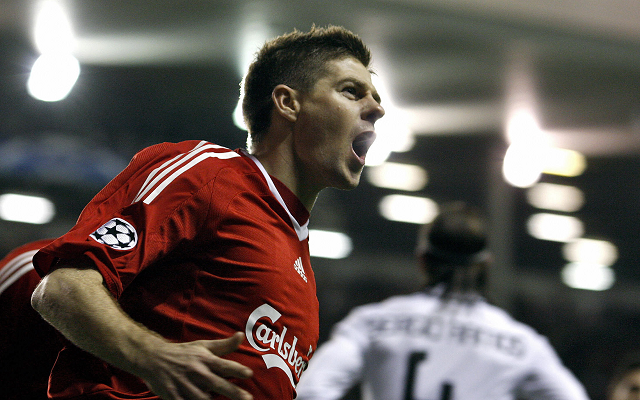 The Spanish giants make a point of buying the best in the world, but they never got their hands on Liverpool legend Steven Gerrard.

Steven Gerrard has admitted that he almost moved to Real Madrid in 2009, and in typical Madrid style, they tried to use their star power to lure the midfielder to Spain.

The Liverpool skipper told the story of how it happened to Geoff Shreeves in an in depth interview ahead of Liverpool’s game on Wednesday.

It was after the 2009 Champions League tie at Anfield, which Liverpool won 4-0, that Gerrard was approached by Raul, who told him to come and join Madrid.

It’s no surprise that the Real legend was trying to persuade Gerrard to join him, given how well the midfielder played in that game, scoring twice and dominating a feeble Real side.

While he ended up staying on Merseyside, who knows what could have happened if the Liverpool captain had listened to Raul that day?

See Gerrard discuss the moment in the video below: