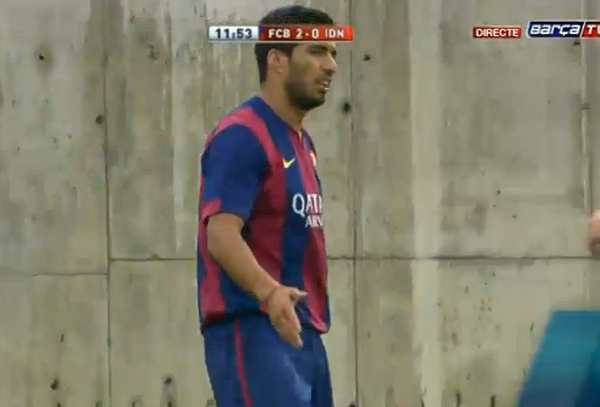 Guardian journalist Simon Hattenstone asked the  superstar a series of difficult questions at Barcelona’s La Masia training academy, including ones regarding previous bite and racism scandals, and whether the player himself believed he ‘had something wrong with him’.

While Suarez’s answers are relatively blunt, Hattenstone persisted (as any good journalist should), but lets himself down when he decides to randomly shoot on goal, and run off to collect his wayward effort!

Scroll to six minutes into the video, to see its rather comical Alan Partridge-esque conclusion!