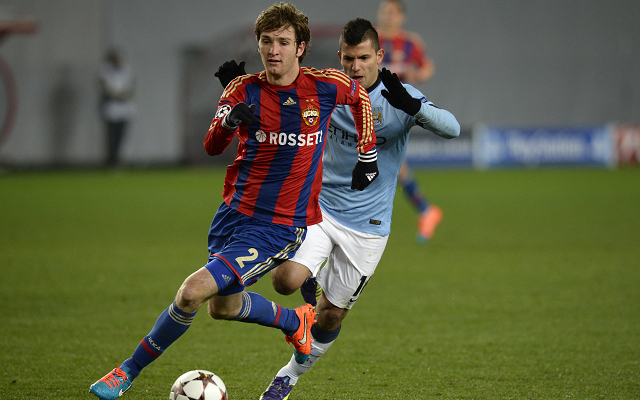 The Brazilian defender has been a target for top European clubs for some time now.

Arsenal and Manchester United are interested in CSKA defender Mario Fernandes, and the club’s sporting director confirmed that the player is attracting interest from across Europe.

CSKA’s sporting director Oleg Yarovinsky has cleared the way for the transfer, but also implied that the English clubs need to up their bids if they want to land the defender.

“CSKA is always ready to consider interesting proposals,” he told the Express, “but at the moment the enquiries from top European clubs about Fernandes do not appeal.”

The Express claim that the Russian club want £20m for the player, a sum which is likely to price Arsenal out of the race. The Gunners are desperately short at the back and will try and negotiate a better deal for the Brazilian stopper. Manchester United also have a great need for defensive cover, and have shown that they are not afraid of spending big money as they revamp their ageing squad.

The English clubs will be boosted by the fact that the Russian club are in financial difficulty at the moment, and may be forced to accept an offer below their valuation if no other bids are forthcoming.

Fernandes’ value is set to increase in the coming months, with the giant defender recently having been called up to the Brazil squad for their games in the Far East. He moved to CSKA in 2012 for almost £10m.