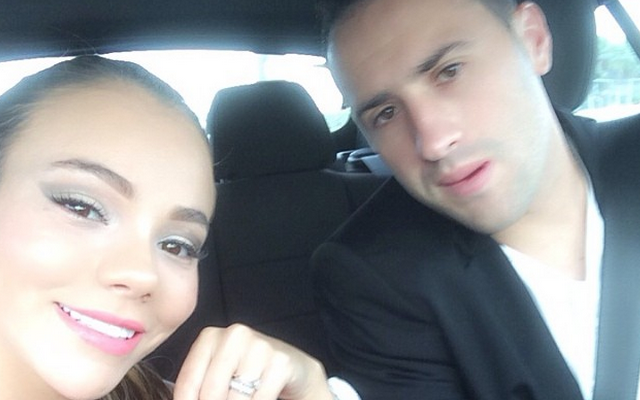 Colombian goalkeeper David Ospina has only played one and a bit games for Arsenal since his £3m summer move from Nice.

The 26-year-old is likely to have to wait a while before making his third senior appearance for the Gunners.

That’s because he is currently out injured until late January with a thigh problem.

Ospina did not travel with the Arsenal squad to Sunderland for Saturday’s Premier League clash, which Arsene Wenger’s men won 2-0.

Instead, he flew out to Spain with his family to watch Real Madrid beat Barcelona 3-1 in the season’s first El Clasico.

Neymar opened the scoring at the Santiago Bernabeu, but Real turned the match around thanks to goals from Cristiano Ronaldo, Pepe and Karim Benzema.

Ospina was at the game with his sister Daniela and his pregnant wife Jesica Sterling, who looked absolutely glowing…