Old Trafford side look to use loaned out forward as sweetener in deal for Welsh international.

Man United are confident they can tempt Real Madrid into selling record signing Gareth Bale and will look to help keep the cost of such a move down by offering Javier Hernandez as part of their bid for the Welsh international.

Though the 25 year old wide-man has had an encouraging first 18 months in the Spanish capital there are reports that Bale is unsettled at the Bernabeu and doesn’t have the best relationship with his team-mates and may be tempted by a move to Old Trafford where he could look to emulate boyhood hero Ryan Giggs.

Bale was ruled out of Real Madrid’s line-up for their El Clasico victory over Barcelona through injury but the displays put in by James Rodriguez and Isco could well have led president Florentino Perez to being more open to a potential sale of the former Tottenham man.

Many sources have stated Man United’s willingness to offer as much as £90m for Bale but it chief executive Ed Woodward will seek to enter negotiations with the intention of using loaned out striker Hernandez as bait.

Man United value Chicharito at £18m and the forward’s form since moving to Real Madrid could well lead to boss Carlo Ancelotti being open to his inclusion in any potential player plus cash deal. 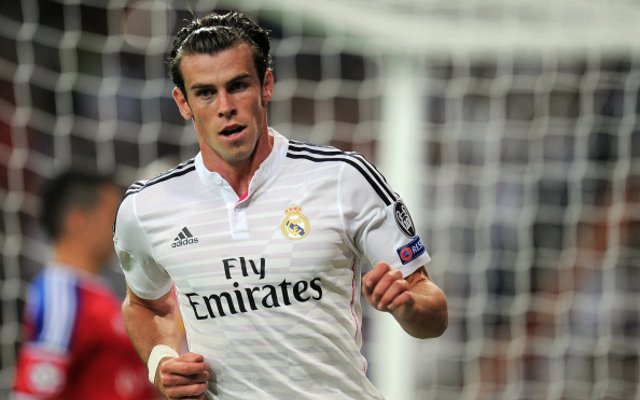 Though van Gaal has brought in Angel di Maria to boost his wide-attacking options there are still big question marks over the likes of Luis Antonio Valencia, Ashley Young, Juan Mata and Nani and Man United are looking to secure a big name signing to help boost their reputation following last season’s failures.

Man United will have had to secure a Champions League berth in order to make the financial outlay required to secure Bale, as well as being able to dangle the carrot of qualification for Europe’s top club tournament to aid a push to persuade the Cardiff born attacker to return to the Premier League.

A £300k a week contract will be offered by Man United, a deal in excess of Bale’s current salary, and will bring him level with Wayne Rooney on he club’s wage pecking order.

Bale has racked up a very healthy total of 27 goals and 20 assists in his 56 appearances for Real Madrid.

A successful move for Bale will also likely lead to Man United loaning out Adnan Januzaj, with the Belgian currently playing a limited role in van Gaal’s first team set-up though still very much a player the club wishes to retain.