Last summer was littered with endless transfer sagas, as Premier League teams attempted to rebuild their squads ahead of the new season. Many of those signings failed to come off, and there is every chance that the clubs in question will return for their targets in January.

One of those players linked with a move to the Premier League was Fiorentina’s Juan Cuadrado, who previously caught the attention of both Chelsea and Manchester United,  but is now just “details away” from signing a new deal with his current club, according to reports.

Here are ten big money deals that may, or may not be resurrected in January: 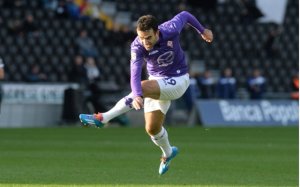 Linked with Liverpool in the summer, who could revive their interest following the lack of success from Mario Balotelli.