Aston Villa manager Paul Lambert has revealed that the club have the option to sign Manchester United midfielder Tom Cleverley on a permanent deal in January – a move the 25-year-old is all too anxious to see happen.

Reports in the Guardian claim that Cleverley is among a number of Premier League stars who could be desperate to leave their respective clubs when their current loan deals expire. CaughtOffside counts down the top ten: 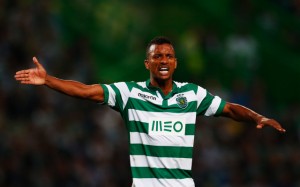 The Portuguese winger was marginalised at United after several summer arrivals, and was grateful to return to his former club.