We rate the five best players from week three of Australian top flight. 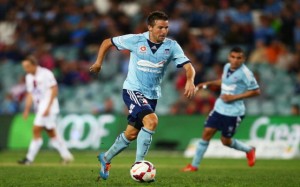 The Serbian now looks settled in his new role in the Sydney midfield and capped off a fine display with a superb long-range goal to help the Sky Blues win away to Brisbane at Suncorp Stadium.