Yes dear… Robert Lewandowski makes the most of his time off, pleasing his wife…

Bayern Munich striker Robert Lewandowski showed that he was not above taking orders from his missus, as he sat down to read her recently published book. What a good husband the Polish star must be! 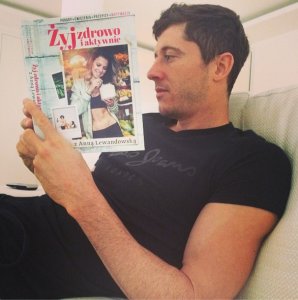