QPR chairman Tony Fernandes has attempted to make light of the row between midfielder Adel Taarabt and manager Harry Redknapp, by posting his own semi-naked selfie on Instagram.

Harry Redknapp had previously claimed the Moroccan playmaker was ‘three stone overweight’, but Fernandes laughed at the situation by posting this picture, accompanied by the message: “Bring on Villa,” who is Rangers team face later tonight. 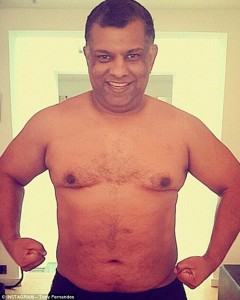