This weekend saw Arsenal as the big winners in a number of ways, with Chelsea and Manchester United dropping points and Alexis Sanchez bagging a brace…

Arsenal and Arsene Wenger have struggled for consistent form so far this season; both in the Premier League and in cup competitions. After salvaging a draw with Hull last weekend and somehow snatching an undeserved win against Anderlecht in the Champions League midweek fixture, Arsenal fans were beginning to have doubts over their ability to see off a Sunderland side who recently lost 8-0 against Southampton.

In the end however, this weekend’s Premier League results couldn’t have really gone much better for the Gunners.

Here are six reasons why Arsenal were the big winners this weekend in the Premier League: 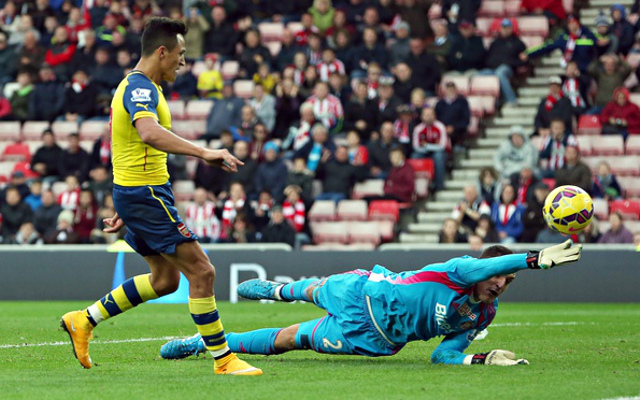 Arsenal have not exactly been their usual dynamic and deadly selves recently, and many would argue that based on recent performances they don’t deserve to be where they are in the table.

A lot can be said for grinding out wins despite playing badly however, with Manchester United famous for it back when they were winning titles regularly.

If the Gunners can keep picking up wins while playing badly, then surely that can only mean good things for when their form finally returns.