The Ascenso MX is the Mexican second division.

It follows a similar pattern to the Liga MX, with a split season and the two champions playing a promotion playoff in May for the right to join the Liga MX.

The regular season has just finished, and the playoff bracket has been confirmed.

The full schedule is:

Regular season winners Coras de Tepic advance straight to the semi-final and will play the winner of Nexaca vs Atlante. 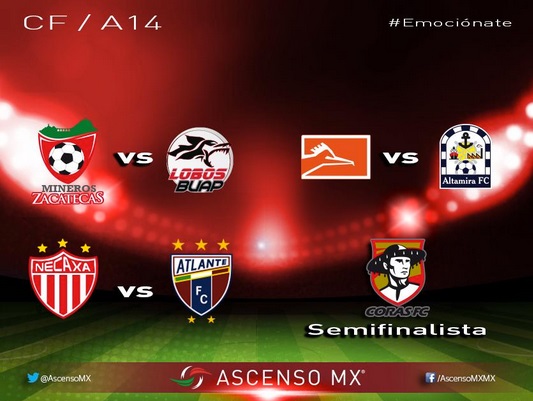