With the close of the regular season, the play-off bracket to decide the 2014 MLS champion has been decided.

You can see the route to the final below. 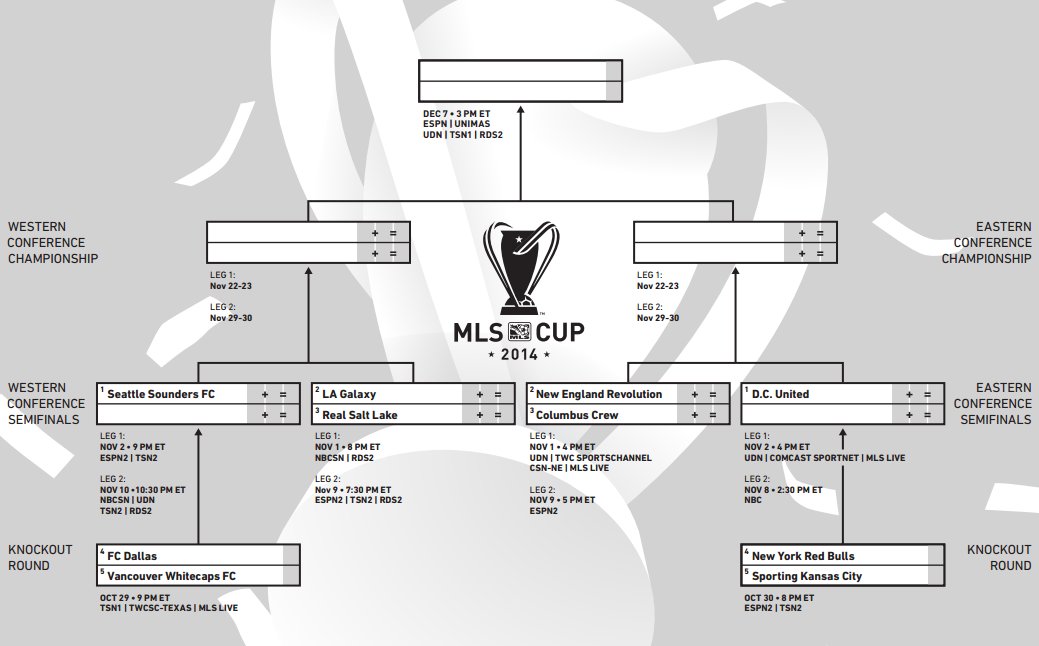