Gunners Danny Welbeck and Alex Oxlade-Chamberlain clearly like to joke around together, as is evident by their latest bout of tomfoolery on the Arsenal training ground.

Despite only being at the club a short time, Welbeck has already struck up quite a friendship with Chamberlain. The two obviously knew each other from the England team before the 23-year-old’s deadline day move to Arsenal, but their bond seems to have grown significantly since the summer. 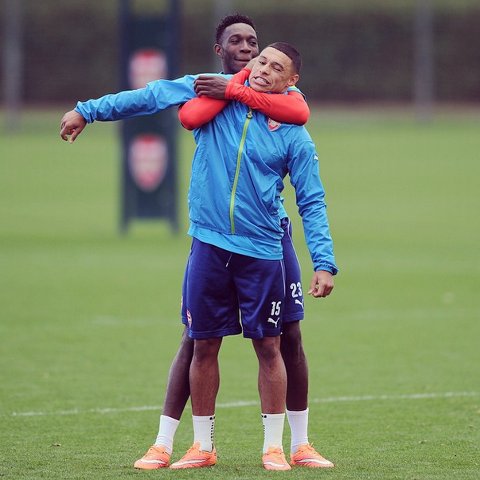 Chamberlain famously revived the notorious ‘Dat guy Welbz’ quote recently, and it has been sweeping twitter ever since.