Check out Abbey Clancy, the wife of former England striker Peter Crouch, who posted a picture in seethrough lingerie on twitter to promote Breast Cancer Awareness… 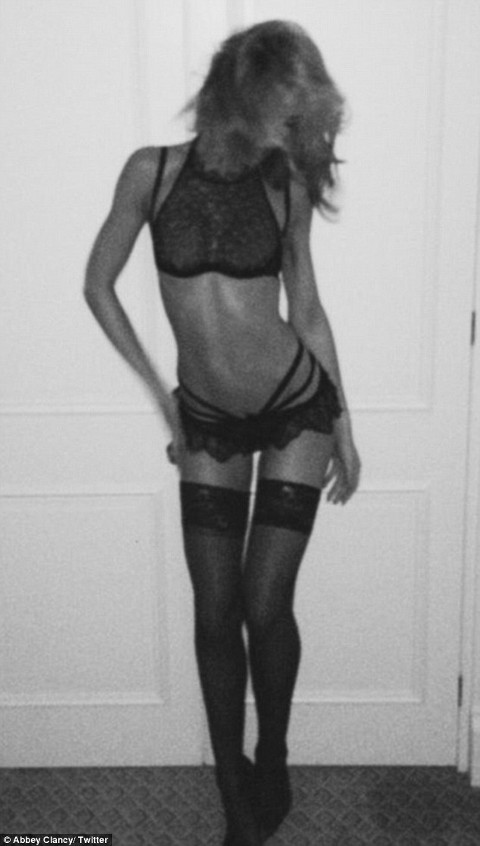 The 28-year-old model spent the day in lingerie store Agent Provocateur raising awareness for the cause. 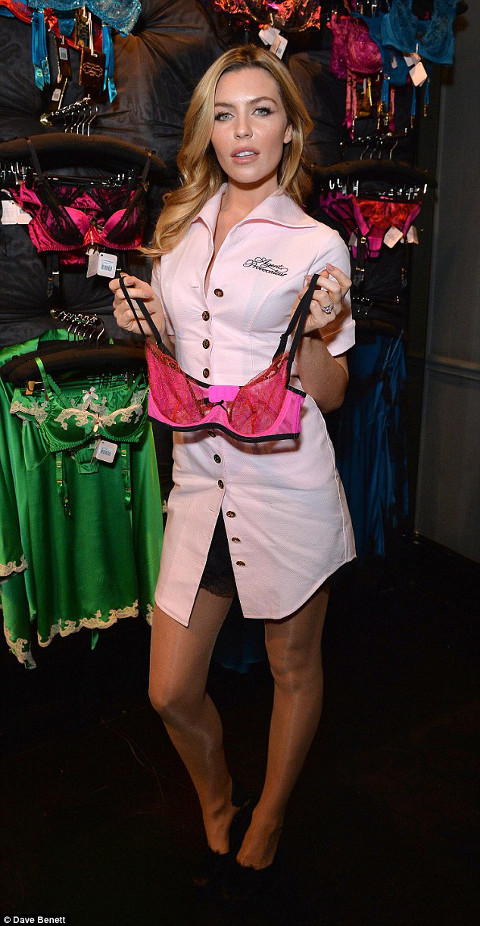 She donned the store’s uniform during her time in the London establishment, as well as causing quite a commotion outside while trying on a number of their lingerie lines. 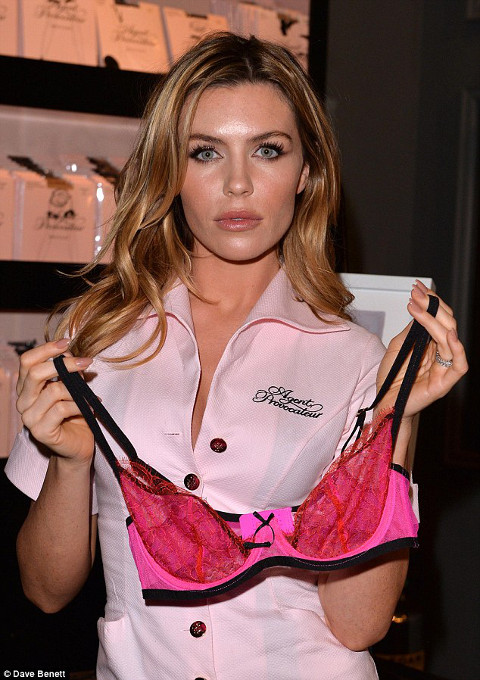 Kate Moss, Kylie Minogue, and Kate Winslet have all pulled on the pink housecoat in the past to raise awareness, so Clancy is just the latest in a long and lovely list.