CaughtOffside rates the Liverpool players for their performances against Swansea City…

Liverpool 2-1 Swansea City – The Reds came from behind to secure progress to the quarter finals of the Capital One Cup, with substitute Mario Balotelli and centre back Dejan Lovren finding the net.

That after Marvin Emnes had given the visitors the lead on the hour mark. Fabio Borini’s cross allowed Balotelli to turn in the equaliser four minutes from time, before Lovren headed in the winner in the fourth minute of stoppage time. 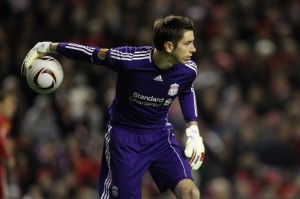 A composed and surprisingly competent performance from the Australian, who had no chance with the Swansea goal.

Excellent performance from the young Spaniard, who defended well and got forward to support attacks.