Find out which players your team could sign for free, right now…

It has been suggested by reports in the French media that Tottenham are in advanced discussions with former Arsenal and Chelsea star Lassana Diarra, who is a free agent after being released by Lokomotiv Moscow.

French league leaders Marseille are also interested in the 29-year-old, who has also played for Portsmouth and Real Madrid. But there are plenty of players on the lookout for new clubs as things stand, as demonstrated by the list below, which counts down the top 15 free agents current available: 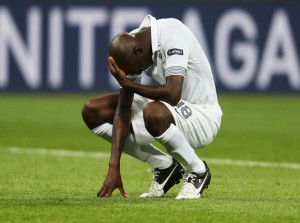