It’s widely accepted that the MLS will restructure this winter.

The addition of two new franchises and the loss of Chivas USA means the conferences will be altered.

SEE MORE
Unbeatable World XI: Chelsea Are NOT Invincible But This Dream Team, Including Man United Legend & Ex Liverpool Star, Would Be
Puebla Penalties – Controversy in a Mexican shootout
Santos Gabigol – Plays in the Copa do Brasil semi final tonight

But an accidental release on the MLS website suggests instead of going to two conferences of ten teams, a central conference may be introduced to instead split the league into three.

See for yourself below. 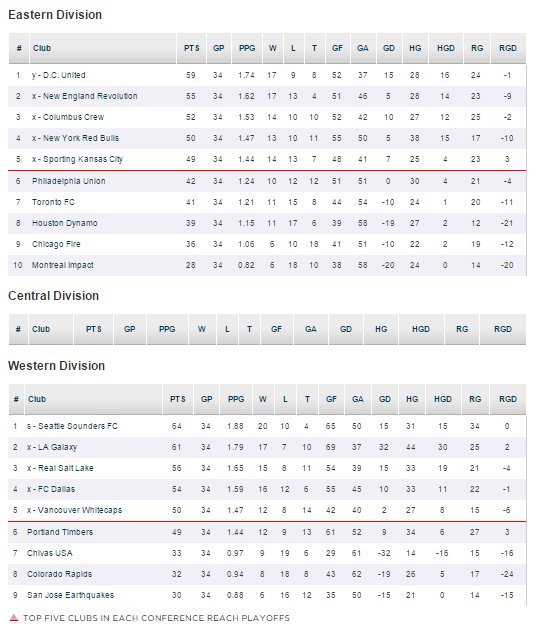