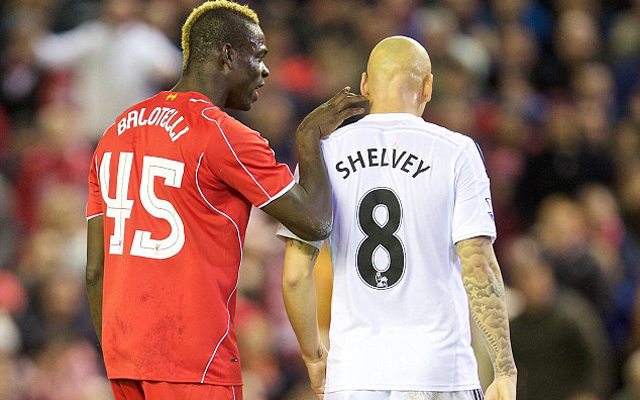 Mario Balotelli and Jonjo Shelvey almost came to blows as controversy continued to follow the Liverpool striker, even after his goal-scoring heroics against Swansea.

Balotelli came off the the bench to produce the 86th-minute equaliser against the Swans, while teammate Dejan Lovren grabbed the winner in stoppage time. But the striker had to be dragged away from former Liverpool midfielder Shelvey shortly after full-time, after the pair began to argue. 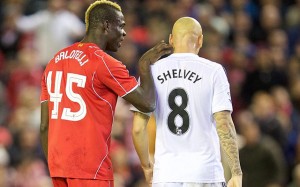 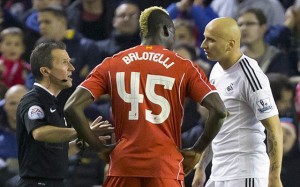 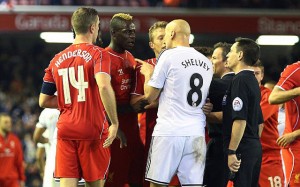 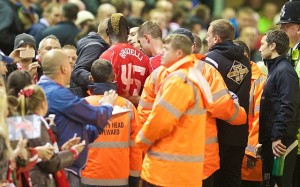