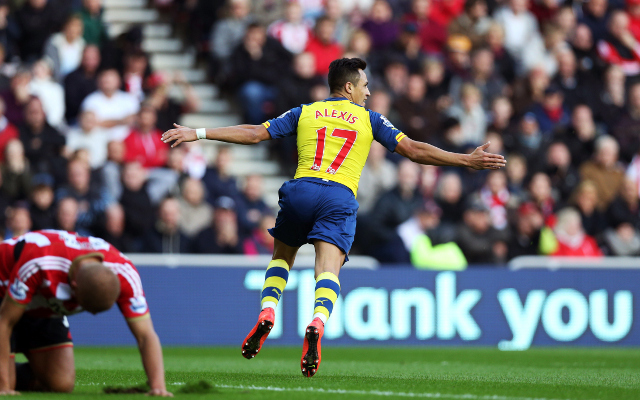 The paper quotes an article in the Chilean media that has said that the World Cup star is frustrated at the North London side and is unhappy with the support he is getting from his teammates, including the club’s record signing Mesut Ozil.

These reports have come out of the blue, with Sanchez seemingly happy in England and performing well so far this season. If true though, they would be very detrimental to the Gunners, who have come to rely on the 25-year-old to dig them out of trouble in recent weeks.

Sanchez has scored seven goals and grabbed three assists in his twelve appearances this campaign and any rumours that he is unsettled would be a huge blow for manager Arsene Wenger after his £30 million move from Barcelona in the summer. The Chilean has scored three of the club’s last four goals.