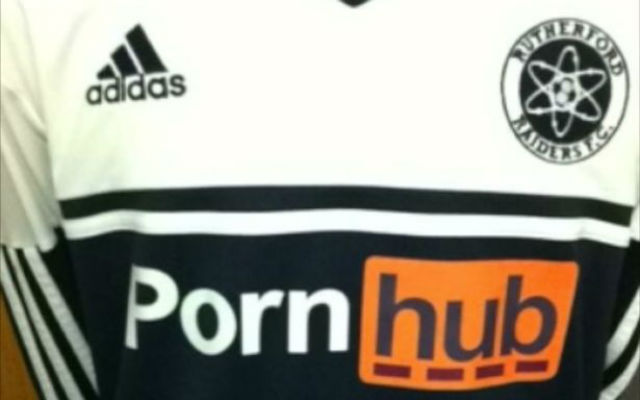 What started out as a joke turned into something very real.

The site then contacted the team to offer them some concrete sponsorship, but the team have been told that the university will not give their ok for it to go ahead.

University spokesman Martin Herrema has warned the team that they will be banned from competing if they go ahead with the deal.

“The University of Kent sports department would never sanction sponsorship of this type – it is totally inappropriate.

“The team has been spoken with and will not be allowed to wear the shirts in question at any time.

“We take this issue very seriously and inter-college sports teams, which are the responsibility of Kent Sport, must present any potential sponsorship and/or logos for approval.”

A member of the team told The Tab student newspaper they had difficulty getting local companies to sponsor them.

He said: “We had a real problem with local sponsors not getting back to us and no establishment on campus co-operating.