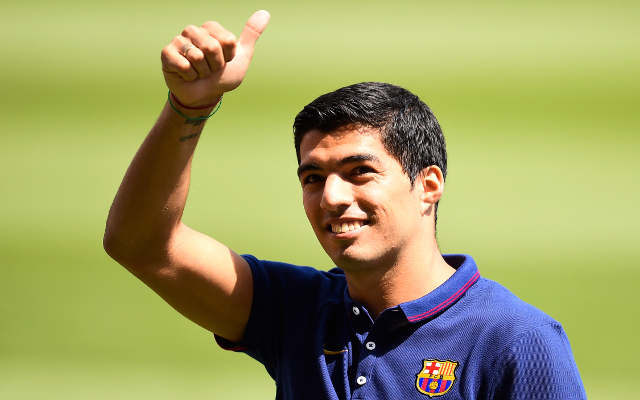 The Uruguayan admits he was on the verge of joining Juventus.

FC Barcelona forward Luis Suarez has revealed he would have left Liverpool back in 2012 had it not been for the arrival of Brendan Rodgers as manager.

Suarez was considering a switch to Juventus two years before he did eventually leave Anfield for Catalonia, but the newly appointed boss convinced the Uruguay international to stay a little longer.

“The first conversation with Rodgers was at Melwood (the Reds’ training facility),” the 27-year-old wrote in his autobiography, as quoted by Tuttosport.

“It was not a long conversation, but I wanted to talk because there was a chance for me to go to Juventus.

“He spoke to me in Spanish. He told me that we would put the ball on the ground and that we would play an offensive game. He convinced me. Although the results were not good , we were playing better.”

Suarez enjoyed an impressive two years under Rodgers’ guidance, earning the PFA Player of the Year award last season after scoring 31 Premier League goals in just 33 matches and helping the Merseysiders to their best finish since 2009.

This attracted the interest of Barca, who despite the fact he was suspended for four months for biting Italy defender Giorgio Chiellini at the 2014 World Cup, sanctioned the £75m transfer of the South American.