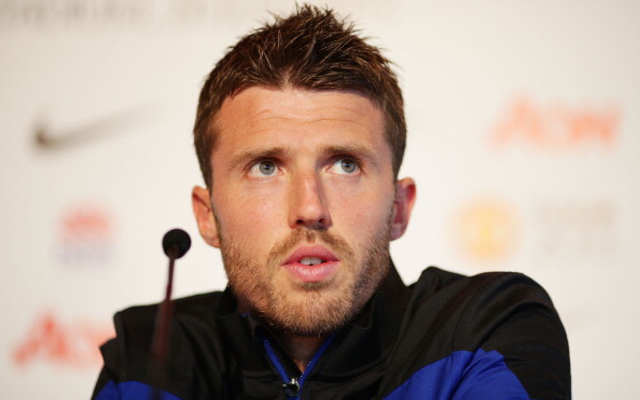 Robson believes Carrick would bring a lot to the team.

Manchester United club legend Bryan Robson says that his former side are missing the influence of Michael Carrick in midfield.

The 33-year-old is yet to play this season after undergoing ankle surgery that kept him sidelined for three months and Robson thinks the England international would have a calming effect on the team.

“Michael’s been a big miss to United,” the 57-year-old was quoted by the Daily Express.

“When he was injured last season he was a big loss to us and again this season.

“He’s an intelligent player who gets into the right areas. He’s about 6ft 2ins and defensively at set plays is very good. He intercepts things very well. That’s why he’s important as well.”

Carrick is back in training now following his injury and could well be included in the squad to face Manchester City in the first Manchester derby of the season on Sunday.

However, the midfielder is now competing with summer signing Daley Blind and a newly revitalised Marouane Fellaini for a place in Louis van Gaal’s starting XI.

It is set to be a tough game for the Red Devils when they travel to the Etihad Stadium at the weekend, having lost five of the last six derbies with the reigning Premier League champions.