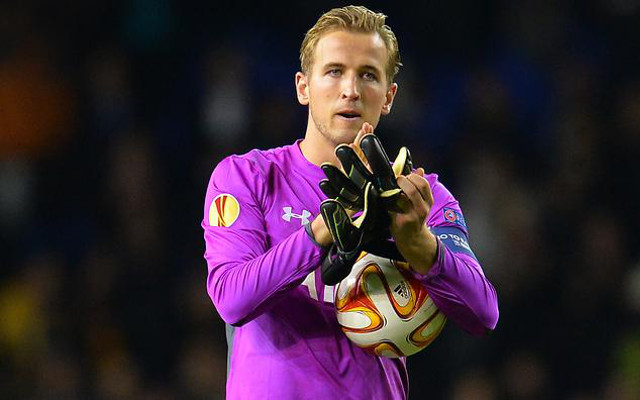 Kane has had just one hour of top-flight game time this term, with Pochettino preferring to select Emmanuel Adebayor or Roberto Soldado in his first XI.

However, the 21-year-old is Tottenham’s leading goalscorer, having netted seven times in six League Cup and Europa League outings.

Kane’s record is vastly superior to those of his main striking rivals at Spurs.

Adebayor has netted twice in nine starts in all competitions, while Soldado has also scored two goals in nine appearances.

Redknapp does not understand Pochettino’s reluctance to start with Kane in the league.

However, the former skipper is convinced that Kane will be in the first XI when Spurs face Aston Villa on Sunday.

In his Sky Sports column, Redknapp wrote: “His goal in midweek against Brighton showed he can be a poacher. but he’s also got a great shot on him, so what have Spurs got to lose?

“It’s not like they have a brilliant centre forward who is scoring loads of goals for them – Roberto Soldado and Emmanuel Adebayor have just two in the league between them so far.

“Spurs are crying out for Kane and I’d be amazed if he doesn’t start against Villa.”

Redknapp has predicted a 1-1 draw at Villa Park.

Spurs are unbeaten in their last 12 games against Villa, winning the last five without conceding a single goal.