Despite struggling so far, the Italian is winning some supporters

A young Liverpool fan got to meet one of his heroes after Mario Balotelli singled out the kid for a picture and gave him a signed ball.

Partway through the training session the 24-year-old went over to young Jack Gandy and gave him a signed ball. Jack had gone to watch with his dad during half-term.

Later in the day as Balotelli signalled the youngster over to his Ferrari as he was leaving and had a picture taken with him.

See the lucky fan and his new hero below… 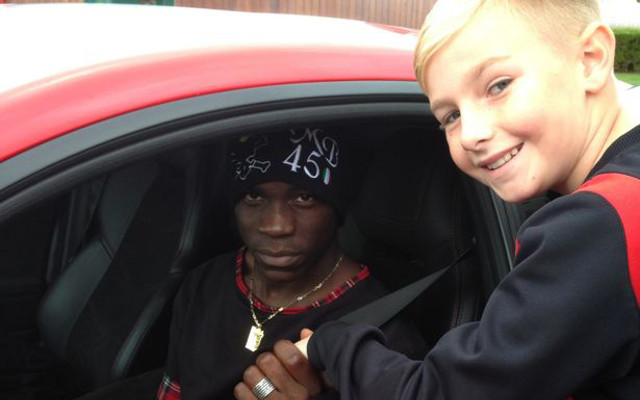