The top footballers who tried to make it as actors…

Reports in the Metro have confirmed that Arsenal forward Lukas Podolski, 29, is set to make his acting debut with a role in German comedy Macho Man. However, he’s far from the only footballer to attempt a career as an actor.

Check out this top ten from CaughtOffside: 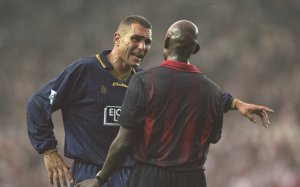 Jones has perhaps been the most successful in making the transition from professional Footballer to professional actor. He Welsh midfielder has had over 350 premiere league appearances for clubs like Chelsea and Leeds United, before rising to prominence in films such as Lock, Stock and Two Smoking Barrels (1998), and X-Men: The Last Stand (2006).