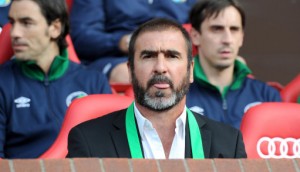 When he played for Manchester United, they he won four Premier League titles in a period of five years and two League and FA Cup Doubles. Since retiring he’s been in Shekar Kapur’s Oscar winning, ‘Elizabeth’ (1998), and has already acted in over two dozen movies, most of them French.