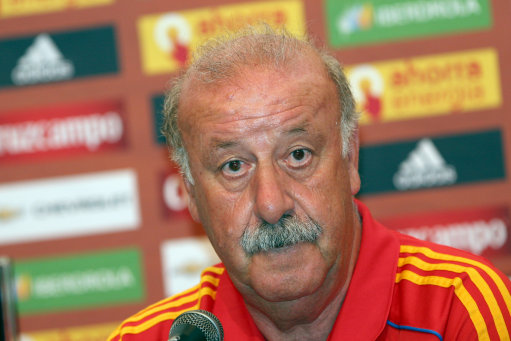 Del Bosque fights his corner over the fitness of striker Diego Costa.

The war of words between Chelsea and Spain over the fitness situation surrounding Diego Costa, with the Daily Star reporting that Spanish coach Vicente del Bosque has had his say after Jose Mourinho reacted furiously to Costa being ruled out injured following duty with his national team.

Mourinho was furious that del Bosque opted to play Costa twice in four games, against Slovakia and Luxembourg, during the last international break, particularly as Costa has not featured for the Blues since and was again ruled out at the weekend as Costa sat out the 1-1 draw with Manchester United at Old Trafford.

Del Bosque, however, has had his say, suggesting that Spain did all they could to protect Costa and that he had no choice but to play a player who has been in superb form for his club this season:

“We have not had luck with Diego. He did not arrive at the best moment, nor did the injuries he had help him.”

“But in some things we are very flexible and in others stubborn. And in this we are stubborn. I do not know if we are correct or mistaken.”

“But in these moments if we had not brought Costa into the national team, for sure we would have been criticised for not having done so.”