Arsenal have a host of players on their injury list right now.

Lukas Podolski is not one of them, but he was on the treatment table on Friday night.

The German international was seemingly just having a massage. He clearly had a great time, though! 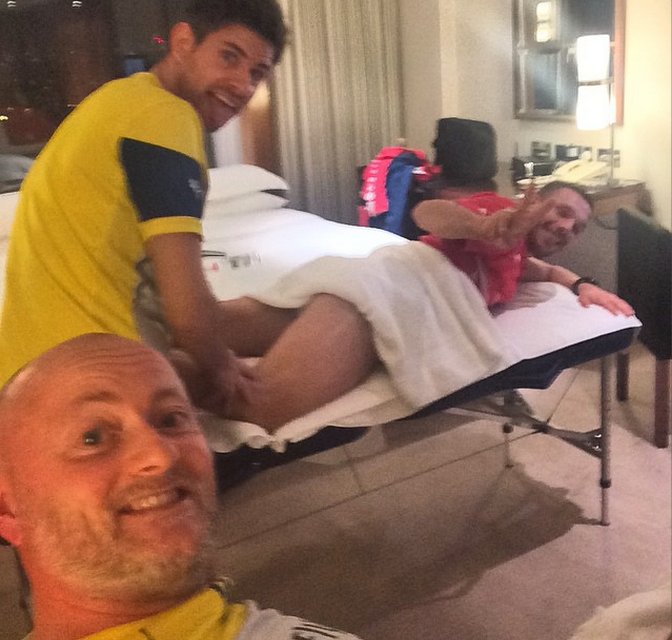