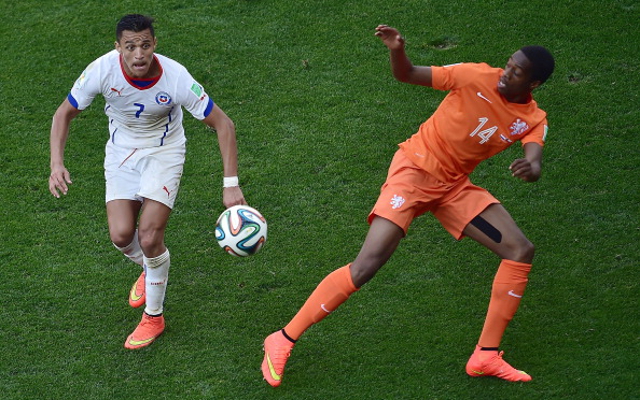 Rivals set to fight it out for Terence Kongolo.

Ahead of their Manchester derby clash at the Etihad Stadium tomorrow lunchtime, Manchester City and Manchester United look set for a battle of a different kind, with the Daily Star reporting that both sides are interested in securing the signing of young Feyenoord central defender Terence Kongolo.

Kongolo has established himself as first choice at De Kuip over the last couple of seasons despite only being aged 20 and is one of the hottest prospects in the Eredivisie, which inevitably means that he will move on to one of the larger European leagues in the near future.

Both Manchester sides are keen to strengthen their defence after having issues in that area so far this season, with neither Marcos Rojo or Eliaquim Mangala settling perfectly into Premier League football so far, meaning that both have identified Kongolo as a potential target for January and are set to go head to head in a battle to secure the signing.

City, however, could well hold a trump card in the battle for Kongolo with the fact that the player’s 16 year old brother already plays at the Etihad Stadium in the youth team, with Rodney also rated as a potential prospect for the future alongside his older sibling.