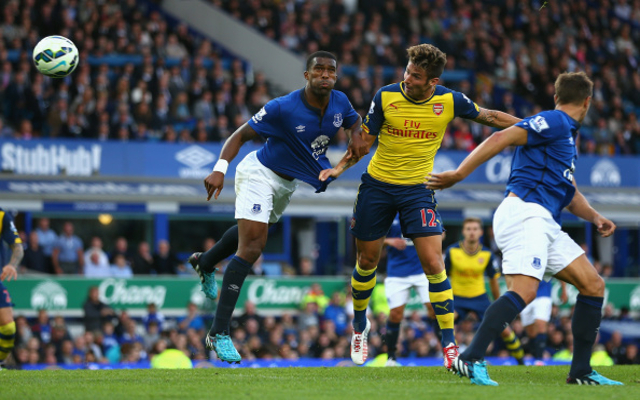 Should Olivier Giroud come straight back into the first team when he returns from injury or is Danny Welbeck Arsenal’s new front man?

Arsenal boss Arsene Wenger recently revealed that Olivier Giroud is way ahead of schedule and is set to return from injury far sooner than expected.

But where will last season’s top-scorer fit into the new look forward line?

The club’s summer signing Danny Welbeck looked to be getting off to a great start when he first joined, but has he done enough in the Premier League to warrant a starting berth up front ahead of the Frenchman?

Welbeck spent a lot of his time at Manchester United pushed out on the wings so we know he is capable of versatility, but with Alexis Sanchez in such superb form and Theo Walcott on the cusp of returning from a lengthy injury he is likely to struggle to fit into the side.

Here are some stats from Opta comparing the Englishman’s start to 2014/15 and Giroud in the same period this time last year.

The only area where Welbeck is far superior to his French counterpart is dribbling, which is to be expected considering the France international’s style of play.

The Gunners have sorely missed the 28-year-old at times this season and Wenger will surely be delighted to have this kind of selection headache.