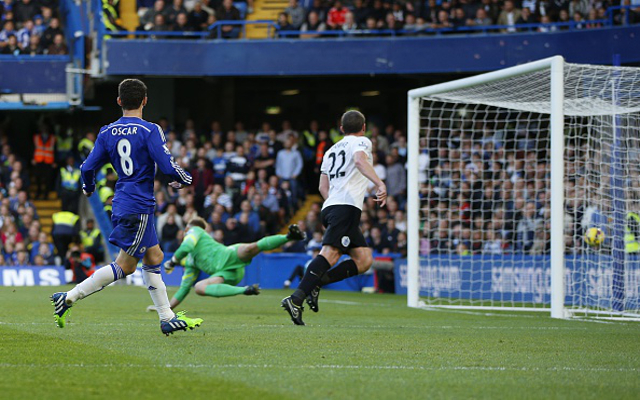 Jose Mourinho’s side edged past local rivals QPR to maintain their four point lead at the top of the table.

Chelsea welcomed back Diego Costa to their starting eleven and try as they might the Blues couldn’t break down an organized QPR back-line until on the half-hour a bit of Brazilian magic put the home side ahead.

Cesc Fabregas led a fast counter attack before laying on for Oscar who curled in a beauty passed Robert Green, a fine outside of the boot finish.

Against the run of play QPR leveled when Charlie Austin, who is proving capable of netting regularly in the Premier League, equalized with a cheeky back-heel that beat keeper Thibaut Courtois.

Normal service was resumed on 75 minutes when Eden Hazard was fouled in the box, a decision Harry Redknapp was seemingly unhappy about, and the Belgian confidently stroked home the spot-kick to give Chelsea a narrow win over a QPR side are certainly playing with more confidence in recent weeks.