Arsenal forward Alexis Sanchez and Chelsea winger Eden Hazard have definitely been two of the best players in the 2014-15 Premier League so far.

Sanchez, who moved the North London from Barcelona for around £30m this summer, is Arsenal’s leading goalscorer, with seven league strikes.

Meanwhile, Hazard, who is in his third season at Stamford Bridge, has scored three goals, as well as completing 54 dribbles – more than any other player in the top flight.

Both are excellent players, but who is better?

Well, BBC viewers had their say in a Match of the Day vote last night.

Here are the results… 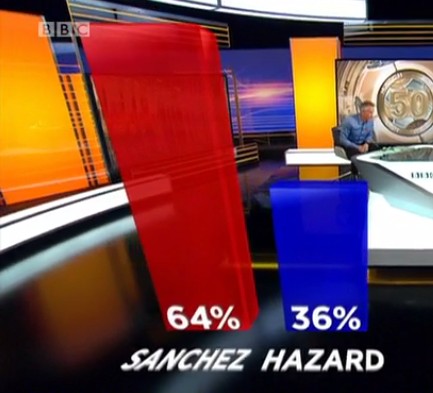