Granny’s cooking looks about as good as my Spanish!

Huge curly sausage and beans dripping with oil are apparently classic Catalan cuisine, according to ex Arsenal captain Cesc, who uploaded the below photo to Instagram.

The commenters did not seem too impressed by Granny’s efforts in the kitchen.

One honest man wrote: “Cesc mate it looks like sh*te”.

Another asked: “Is that a turd and kidney bean deilight?”

Someone else guessed “Maggots and dog poo”.

A heath-conscious individual added: “That’s not looking to organic for me”. 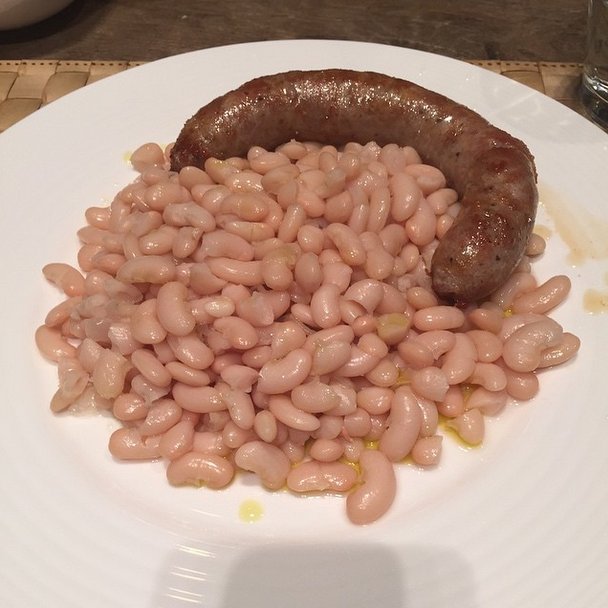