Tottenham Hotspur recorded their first away win in the Premier League since the opening day as they edged out 10-man Aston Villa on Sunday.

Spurs fell behind on 16-minutes when Andreas Weimann broke Villa’s five-game scoreless run, poking home from close range, after Charles N’Zogbia had raced away down the right flank.

Spurs bossed possession, but Villa were holding their own until Christian Benteke was shown a straight red card for slapping Ryan Mason midway through the second half.

Tottenham’s numerical advantage eventually told. Nacer Chadli arrived at the far post to slot in a volley from a corner kick to level the game with six minutes remaining.

Super sub Harry Kane then completed the turnaround in the dying second, courtesy of a deflected free-kick.

Was hardly involved in the game at all. Beaten by Villa’s only shot on target, but he could have done little to stop Weimann’s well-placed poke.

As Spurs were playing without wingers, more attacking responsibility was placed on the full-backs. Naughton was poor in possession, misplacing too many passes and crosses. 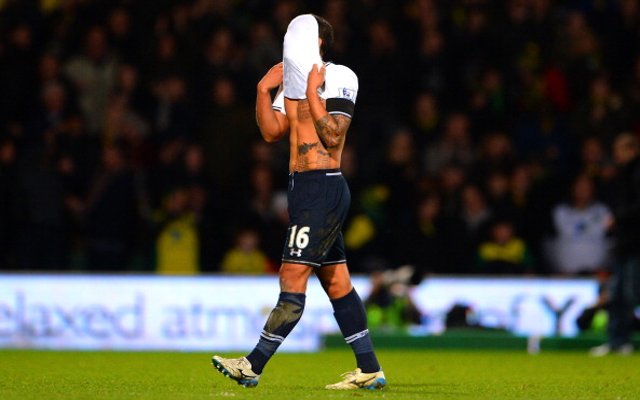